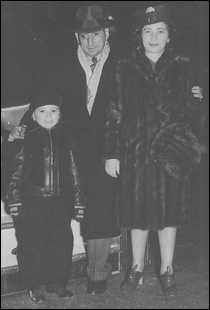 Founded in 1926, Alaskan Fur Company is one of America’s oldest and largest furriers. The most acclaimed among Kansas City fur stores, Alaskan operates its flagship fur salon in Overland Park, Kansas. The fur fashion retailer is privately held, now in its third generation of family leadership.

Alaskan offers styles ranging from casual to elegant in a broad price range. It features its own Alaskan Couture and Alaskan EveryWear collections alongside designs by internationally celebrated fashion designers. In addition to fur coats, Alaskan incorporates a full line of leather, shearling and cashmere-trimmed coats and shawls. The company offers an extensive selection of leather jackets, coats, gloves and hats for men and women. Its services include custom design and ordering, re-styling and remodeling, altering, reconditioning and storage.

Philip Wang, Alaskan Fur Company’s founder, entered the fur industry in 1920 when he along with three partners formed Globe Fur and Novelty Co., a wholesale fur operation based in New York and with an office in Chicago, which Wang operated. Throughout the Roaring ‘20s, Wang traveled coast to coast in search of customers for the fine furs he represented. In 1926––the year Coco Chanel introduced the “little black dress” and North American mink was introduced in Europe––he relocated to Kansas City with his young family and established Alaskan Fur Company. 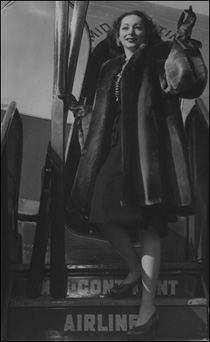 Little did Wang know when he began his business in a vibrant downtown setting amid the prosperity of a soaring stock market that the world was flying toward the Great Depression, heralded by the stock market crash of 1929. Alaskan Fur not only survived, but thrived in difficult economic times by maintaining its customer focus. Wang later recalled the irony of a luxury business doing well in the depression era, “People were looking for some symbol of luxury in their life to remind them of better times and give them hope for the future.”

The company’s good fortune with unfortunate timing continued when, in 1941, just 10 months before the United States’ entry into World War II, Alaskan Fur moved to an expanded downtown location. A newspaper article reported that during a week-long open house beginning February 11th, the company “…will be introducing to the public a complete fur service, offering every facility for convenience and comfort of patrons in selecting from the large and inclusive stock which has made the Alaskan Fur store a leader in value in Kansas City.” The new store boasted of soft lighting, year around air conditioning, modern styling in store decor, and storage vaults offering fur coat owners a controlled environment for the summer storage of their coats. The company developed its exclusive “Alaskanizing” process of cleaning fur coats and revitalizing the fur’s natural oils to preserve its aesthetic appearance and its useful life.

Fueled by two succeeding generations of family leadership, Alaskan Fur continued on a path of growth and expansion. Alaskan opened a second store, a 5,000-square foot salon, on the Country Club Plaza in 1962. In the 1970s, Alaskan operated the fur salon for Swanson’s, a legendary women’s specialty store on the Country Club Plaza. It opened its current flagship salon at 9029 Metcalf in 1979. It features a 17,000-square foot salon; a factory with both modern and old world tailoring equipment for restyling and alterations; a cleaning plant for the Alaskanizing process and a climate controlled storage vault for 18,000 garments. In the 1980s, Alaskan expanded its scope of operations, leasing fur salons locally in the Jones Store and nationally with salons in 11 Bonwit Teller stores. Alaskan expanded its own operation in 1987, opening a 6,800 square foot salon in Minneapolis. The Minneapolis store closed in 2011 following unsuccessful lease negotiations.